“We don’t know the full scale of fraud yet, and it’s important to note that money is still being spent. But our members have hundreds of ongoing audits and investigations,” said Robert A. Westbrooks, director of the federal Pandemic Response Accountability Committee.

Investigations into pandemic-era fraud and improper relief payments are continuing, but the federal government still does not know how much money was stolen. Nevertheless, prosecutors are confident they will advance the volume of indictments this year as access to millions of data records and sources from the agencies involved facilitates audits at a breakneck pace in what is becoming one of the most significant fraud investigations in recent years.

Funds sent by Congress and the White House between 2020 and 2021 for five trillion dollars in Covid-19 relief programs and spending unleashed a disproportionate wave of fraudulent loans and aid that, in 2022, kept enforcement agencies working against the clock to find the fraudsters.

Following a review, Itempnews found that more than one hundred cases were disclosed in about ten district courts across the country in the last three months of 2022. In comparison with 2021, that’s over twice as many.

Until October, prosecutors had charged 1,500 individuals with pandemic fraud totaling $1.1 billion. While some 1,800 individuals and entities are being investigated for alleged misconduct in connection with more than $6 billion in pandemic relief loans, they have recovered $1.2 billion in relief funds.

Investigators feared that the five-year period allowed by law for prosecuting fraudsters might not be sufficient, considering the complexity of the cases. But president Joe Biden signed into two laws in August 2022 extending the statute of limitations for all types of pandemic fraud from five to ten years, giving the government more time to file criminal charges.

Oversight teams want the Senate to pass a bill introduced in 2021 to increase the jurisdictional limit for recovering money from false or fraudulent claims from $150,000 to $1,000,000. The investigators want to ensure that legislation warrants fraudsters to be prosecuted regardless of the money involved.

In the last year, the federal oversight community has been working with data science experts recruited by government agencies to analyze millions of public and non-public data to find potential fraudsters.

“We don’t know the full scale of fraud yet, and it’s important to note that money is still being spent. But our members have hundreds of ongoing audits and investigations. Every time one of these gets completed, we learn more about the scope of the fraud,” said Robert A. Westbrooks, director of the federal Pandemic Response Accountability Committee (PRAC).

The hundreds of cases revealed over the past two years shed light on the audacity with which individuals across the country seized the national emergency and devised veritable criminal enterprises while Congress sent millions of taxpayer dollars at the height of the pandemic.

In September, the Justice Department indicted 47 people in Minnesota for defrauding a federal program intended to provide food to needy children during the pandemic. The $250 million scheme — perpetrated by the non-profit organization Feeding Our Future and more than 200 food sites in Minnesota — was called the largest so far discovered.

However, most Justice Department indictments and convictions related to fraud in the Paycheck Protection Program (PPP) and the Economic Injury Disaster Damage Loan program (EIDL) were established by Congress in March 2020 as part of the Coronavirus Aid, Relief, and Economic Security Act, also known as the CARES Act.

The cases show that fraudsters are not defined by any specific profile, ranging from a pastor who received $8.4 million in fraudulent funds from an evangelical church in Florida, a state congressman who forged documents to a recording artist who bought a Ferrari with pandemic relief money for $90,000.

Since the PRAC, the independent committee responsible for overseeing federal pandemic assistance spending, became operational in March 2020 under the CARES Act, a battalion of inspectors general has been working to track down these cases. Those inspectors currently oversee 426 pandemic assistance programs in more than forty agencies.

According to the investigators, resolving the cases has been a “unique undertaking” given Congress historic funding for individuals, corporations, governments, and utilities during the 2020 health crisis.

During the first 14 days of the 2020 PPP program, the Small Business Administration (SBA) alone distributed $343 billion in loans. It’s not surprising that fraudsters targeted the program since it represented nearly half of the Pentagon’s 2020 budget.

PPP loans, which in many cases could be forgiven, were intended to help small businesses cover payroll and stay afloat, so fraudsters engaged in pretenses to get the funds, motivated by lax oversight of the program. 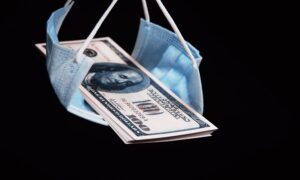 In September, the Department of Labor’s Inspector General issued an alert identifying $45.6 billion in unemployment insurance benefits that would have been paid to individuals with repeated Social Security numbers in several states, deceased individuals, and even federal prisoners.

On the other hand, fraudsters needed substantial personal information to submit applications and get money from the programs. The result was a flood of identity theft, which authorities fear is now being used for scams or fraud, affecting victims’ credit scores.

According to the Federal Trade Commission, identity thieves targeted the pandemic unemployment insurance program. More than 394,000 people reported that their personal information was stolen to apply for a government benefit, an increase of 3,000 % from 2019.

According to prosecutors, most defendants followed the same scheme, sometimes running multiple operations in different states. Upon obtaining the loot, they would spend it on eccentricities, luxury items, or property, which the Department of Justice is now seizing or seeking to reclaim.

A combination of three factors led to increased risk and amount of fraud, particularly in small business loans (PPP and EIDL) and Unemployment Insurance programs, explained Mr. Westbrooks, the director of the Pandemic Response Accountability Committee.

Initially, the SBA allowed lenders to assess borrowers’ PPP eligibility based on their self-certifications. Business expenses like payroll and employee numbers went unchecked. Additionally, there was a sense of urgency to get the money out as soon as possible.  Thirdly, the programs were brand new, created during a pandemic.

“Certainly, some people took advantage of these factors and might think they have gotten away with it (...); however, we now have more time to pursue them,” the official warned.

Despite ongoing investigations, Westbrooks described pandemic benefit fraud as a national issue, not confined to any one state or city.

Arizona, for instance, paid $1.6 billion in benefits to people who applied with stolen identities. According to California’s estimates, it sent benefits to 45,000 prisoners worth $800 million.

Marlene Rodriguez, a spokeswoman for the U.S. Attorney’s Office in the Southern District of Florida, said her office had prosecuted more than 80 cases since the CARES Act was passed, in addition to executing seizures of $23.5 million in stolen relief funds.

Last September, the Department of Justice established three Strike Forces to enhance pandemic fraud investigations. The teams are operating out of U.S. Attorney’s Offices in the Southern District of Florida, the District of Maryland, and a joint effort between the Central and Eastern Districts of California.

As a result of a public health crisis that claimed hundreds of lives daily across the country, the economy shut down, and millions of jobs lost, the federal injection of money between 2020 and 2021 prevented an economic and social collapse that would have led to a long and painful recession in the United States. Many took advantage of an unprecedented reality to break the law without measuring the consequences.

The biggest fear of academic researchers and government watchdog groups is that these frauds will become standard and routine every time disaster strikes.

“The U.S. has long been able to absorb the economic impacts of localized disasters because it is a large, wealthy country. But we are in a new normal. There is more than enough evidence that the coming shocks will likely be larger, less localized, more numerous — and more expensive. Better preparation is needed,” investigators from the Project on Government Oversight (POGO), a nonpartisan oversight group, warned in a report.

The assistance programs were implemented quickly to deal with the pandemic crisis, but they were vulnerable to fraud and payment errors. The Government Accountability Office (GAO), a nonpartisan investigative arm of Congress, said there needed to be a process for finding out or recovering money quickly if grantees overpaid or paid ineligible people.

Reports and investigations from Itempnews in 2022

ITEMPNEWS is the acronym for “Investigation of Journalistic Topics”. We are an independent, non-profit investigative journalism unit. Our mission is to present stories that expose the abuses of power, corruption and stories of daily life in the work of American and Latin American society.

We use cookies on our website to give you the most relevant experience by remembering your preferences and repeat visits. By clicking “Accept”, you consent to the use of ALL the cookies.
Do not sell my personal information.
Cookie settingsACCEPT
Manage consent

This website uses cookies to improve your experience while you navigate through the website. Out of these, the cookies that are categorized as necessary are stored on your browser as they are essential for the working of basic functionalities of the website. We also use third-party cookies that help us analyze and understand how you use this website. These cookies will be stored in your browser only with your consent. You also have the option to opt-out of these cookies. But opting out of some of these cookies may affect your browsing experience.
Necessary Always Enabled
Necessary cookies are absolutely essential for the website to function properly. These cookies ensure basic functionalities and security features of the website, anonymously.
Functional
Functional cookies help to perform certain functionalities like sharing the content of the website on social media platforms, collect feedbacks, and other third-party features.
Performance
Performance cookies are used to understand and analyze the key performance indexes of the website which helps in delivering a better user experience for the visitors.
Analytics
Analytical cookies are used to understand how visitors interact with the website. These cookies help provide information on metrics the number of visitors, bounce rate, traffic source, etc.
Advertisement
Advertisement cookies are used to provide visitors with relevant ads and marketing campaigns. These cookies track visitors across websites and collect information to provide customized ads.
Others
Other uncategorized cookies are those that are being analyzed and have not been classified into a category as yet.
SAVE & ACCEPT